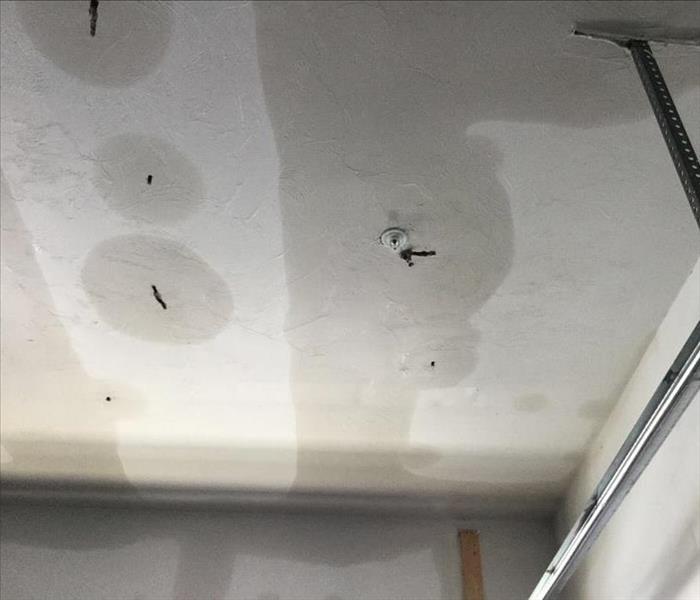 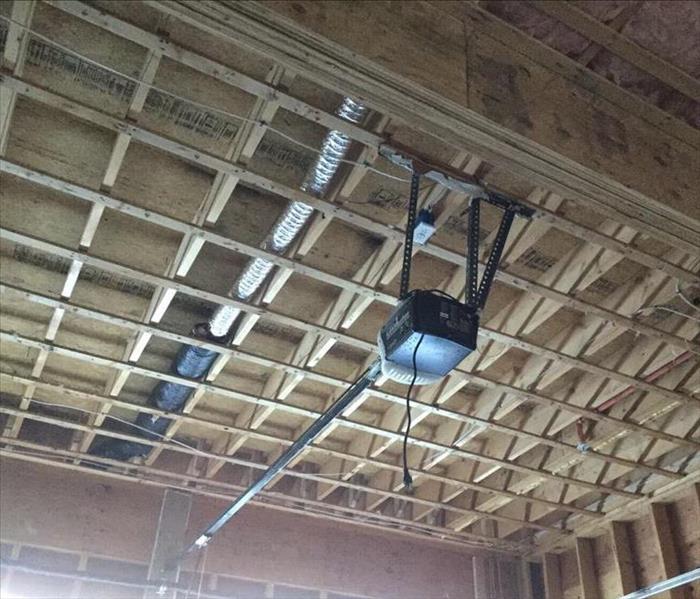 SERVPRO of the Attleboros was called to a home in Dighton, MA to remediate a water damage that had affected a home’s garage. As you can tell by the before photo, the entire ceiling was lined with water that had settled due to a sizable crack in the roof. The homeowner had been away on vacation for a little over a week and returned to a garage floor that was littered with dust and insulation. Panicked, they searched on Google for a disaster restoration company with a quick response time. In a flash, they were routed directly to our main franchise number. In a little less than two days, our crew worked tirelessly until the customer was able to use the garage without an interruption. We were so glad that we could make the situation, “Like it never even happened.” right before the holidays!